Caring for a car is a serious gig. For many, a car is the second most expensive purchase they will ever make after a house.

Owners will do many things to help cars keep their performance and looks.

But there’s another serious reason why you should be properly maintaining a vehicle. By keeping a car in great shape, drivers can prevent up to 30% decrease in vehicle efficiency. That’s plenty of fuel savings and every effort counts when it comes to cutting down on energy waste.

For car care tips, ‘just anywhere’ isn’t a great source of information. Maintenance tips you learn from friends or read about online can potentially do more harm than good.

On this list, we discuss common car care misconceptions as well as things car owners overlook in their maintenance program.

For the average car driver, this list should inspire you to double-take on everything you know about proper car care.

This isn’t about choosing between the expensive “synthetic” option or the cheaper “conventional” engine oil.

Using the right engine oil means knowing what viscosity of oil should be used on your car. The manual is best place to check for the numbers. Alternatively, you can always Google. For most cars, it’s either 5W-20 or 5W-30.

Viscosity is a measure of how “thick” oils are. Different engines need different thicknesses of oils. Usually, a lower number after the dash means thinner oil.

This is an important item to check as you might be unknowingly damaging your vehicle. Shell’s Lube Match tool here can help with your search. It’s a great quick guide but use it only if you can’t find your manual.

Some people do this during cold winter mornings because they can’t wait for the ice to thaw. Other drivers think it’s to prevent the car heaters from overworking first thing in the morning.

Doing this can shatter your windshield.

This is very simple science. Glass, when exposed to cold temperatures, shrinks. By dousing it with water, glass expands too quickly. The integrity fails and poof! — shards on your dashboard.

The heating system in cars were built for defrosting windshields. Using them doesn’t mean you are overworking them. The warm-up actually helps the engine heat-up properly for the ride in cold weather.

If you need to move fast in the morning, park in a garage or park facing the sun so sunshine can gradually melt off the ice build-up before you even walk out of your house.

Is using water in the radiator OK in warmer climates? No.

Antifreeze’s obvious advantage is in the name. If you use it in colder regions, it will never turn solid in the radiator. It will never expand and break hard-to-reach parts.

But how does it benefit people who never experience freezing temperatures?

Aside from antifreeze, coolants are also designed to have anti-rust properties. They absorb some of the electrolysis (the potential to rust) from the metals in the radiator.

This is crucial as these parts are often exposed to extreme conditions and moisture.

By raising the boiling point (not just freezing!), coolants are more resistant to overheating. Regular water can boil at 100-degrees Celsius, evaporate, and create a high-pressure environment. A coolant, on the other hand, can keep removing heat beyond that temperature.

Using water might save some money but cutting corners here will catch up with you after a few months. A trustworthy mechanic will tell you to use coolants all the time.

Skipping the car wash is one thing but ignoring maintenance schedules is begging for a headache.

Car maintenance isn’t about fixing what’s already broken. It’s about ensuring things are in order and replacing parts or components that were designed to be replaced.

AI Parts’ predictive maintenance tool checks these components and it uses advanced data processing and modeling to predict when you will need to have them replaced.

Maintenance schedules from manufacturers are meticulously estimated. It’s very important that you pay close attention to the maintenance schedule. With modern cars, many issues don’t surface until it is too late.

For example, using burnt oil won’t be very noticeable until it burns your engine. By then, a 30-euro oil change have grown to a couple thousand.

On a previous article, the AI Parts blog has discussed how to take care of cars during the quarantine period due to the pandemic. This was a timely list because cars were never designed to stay put for a long time.

For people who carpool or have two or more cars, be sure to regularly use every car.

Keeping them in the garage can drain batteries, ruin tires and build rust since oil and lubricants don’t get distributed. Gas can also go stale.

Yes. If you’ve ever had a whiff of gasoline or diesel, you know the strong odor is due to its ability to evaporate quickly. The problem is it’s hard to tell when fuel has gone bad (Don’t go around sniffing gas!). Many experts say by three months, the gasoline would have significantly degraded that it can affect the engine performance.

Recalls are public announcements by manufacturers acknowledging an error in manufacturing. Usually, these manufacturers take it upon themselves to offer free repairs.

While the issue might not affect drivers immediately, it probably will in a few months or years.

Sometimes, it’s about safety like with Honda’s airbags. Sometimes, it’s problems in manufacturing like in the 2020 Porsche Cayenne’s transmission oil pipe.

Due to manufacturing advancements, recalls are rare and usually involve a  smaller number of cars. In fact, the biggest one happened back in 1981 with Ford recalling over 21 million vehicles due to problems with the “Parking” gear.

This can be out of a driver’s control. When they drive up a shop, they usually have nothing except the mechanic’s word to stand on.

Basing options on the price won’t cut it. The most expensive option doesn’t always guarantee the best performance.

There are thousands of types of car parts and for the more obscure parts, drivers don’t have the choice. A quick research online and you’ll find many people complaining about bad car parts, even those that lead into dangerous accidents.

AI Parts’ Techpro dashboard is trying to remedy this. With its integrated car parts selection, mechanics worldwide can contribute to a database of trusted car parts and suppliers. They can also flag incompatible parts so others don’t make the same mistake twice.

When you’re cruising at 100 kmph on a highway, a cheap, failure-prone part shouldn’t be on your mind.

Windshield wipers are built to a standard set of specifications. Why? Because manufacturers want them replaced regularly. With many brands making wipers in the market, they’ve also become relatively inexpensive.

These wipers are made of rubber and a metal and plastic mount.

As the rubber breaks down, your car wipers can be rubbing sharp metal against your expensive windshield. Scratches from this will definitely be permanent.

Replacing wipers every six to twelve months is a good rule.

Anything that might cause unsafe driving should be replaced. If bad wipers start ruining the view from the driver’s seat, it’s time for a replacement.

Saving some money by going D.I.Y. is great. In fact, some car manuals are so detailed they expect drivers to do some maintenance work.

But don’t go overboard. Sometimes, it’s not as easy as removing a nut or a screw and putting it back. If there is a need to access a specific part or system in the car, make sure it is something you are very familiar with.

A simple mistake, especially in a fast-moving, high power vehicle, is a steep fall.

A trick to know what you can and can’t do at home is talk to a trusted mechanic. You might even learn a thing or two. Having some interest in your car and its upkeep can easily save you some money.

By taking care of the car you have, you’re taking care of a lot of other important things: your wallet, your time, the environment, and of course, the safety of the driver and passengers.

Here at AI Parts, we imagine a future when we can provide more powerful tools for drivers and mechanics alike to give cars the best care.

We see important benefits for everyone in this space. We hope the list has broken some common misconceptions and practices you have about car maintenance. 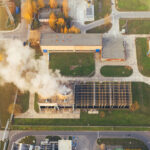 Car Ownership, Public Transport, Working from Home - How the Pandemic Will Change the Way We Move 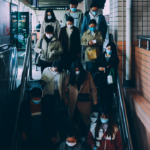 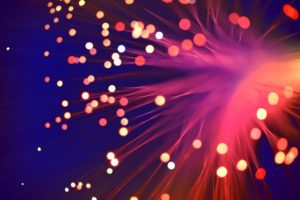 Artificial Intelligence projects being implemented in 2021 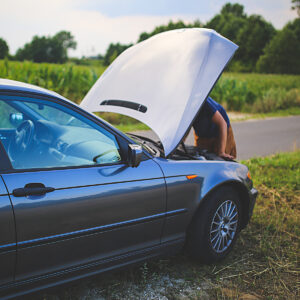 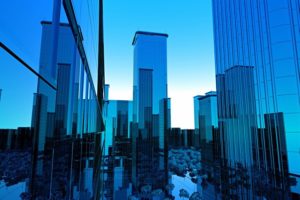 How will AI impact Business in 2022